With the current explosion of interest in and coverage around AI you might think it’s the new shiny of the tech world, but it’s actually been around for a while. Let’s jump in our time machine (which is a hot tub, duh) and take a quick journey through some of the more pivotal moments of AI from its inception to today. 1943: groundwork for artificial neural networks laid in a paper by Warren Sturgis McCulloch and Walter Pitts, “A Logical Calculus of the Ideas Immanent in Nervous Activity“. ? [1] 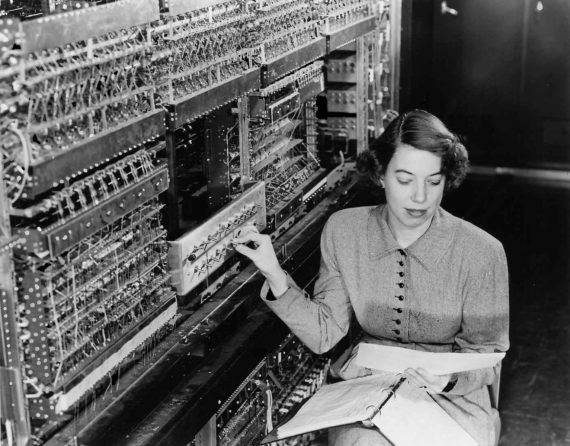 1950: Alan Turing publishes the Computing Machinery and Intelligent paper which, amongst other things, establishes the Turing Test ? [6]

1951: Marvin Minsky and Dean Edmonds design the first neural net machine (machine, not computer) that navigated a maze like a rat. It was called SNARC. ?[1]

1952: Arthur Samuel implements a computer program that can play checkers against a human, it’s the first AI program to run in the US. ? [2]

1956: the Dartmouth Summer Research Project on Artificial Intelligence conference is held, hosted by Minsky and John McCarthy. This also marks the coining of the term “artificial intelligence”. ? [6][7]

1957: Perceptron, the first recreation of neurological principles in hardware, invented by Frank Rosenblatt. ? [1]

1959: Samuel uses the phrase “machine learning” for the first time, in the title of his paper “Some Studies in Machine Learning Using the Game of Checkers“. ? [2] 1969: Minsky writes a book called Perceptron that touched on the benefits of creating networks of perceptrons. ? [1] 1970: Seppo Linnainmaa creates first backpropagation equation (but it’s not known as such?). ? [3] 2005: Stanford’s Stanley wins the DARPA Grand Challenge race, it was an autonomous vehicle (yeah, those aren’t new shiny things either). ? [7] Welcome back to the present, please mind your arms and legs as you exit the time machine. Please note that contents may have shifted during our journey so please use caution when retrieving your belongings. As always, thank you for choosing Blue Ion Time & Space for all your temporal travel needs. Have a splendid day!

[6] Src: Harvard’s Science in the News